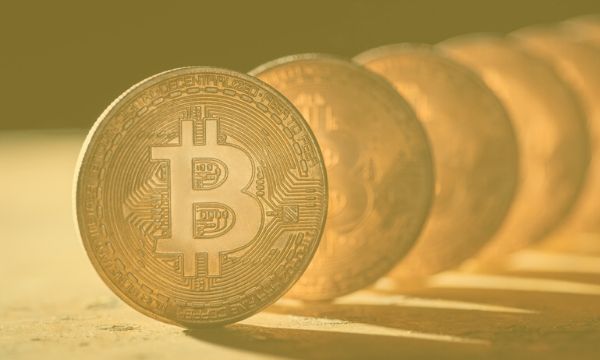 Glassnode: Bitcoin Back in Accumulation Mode But Big Move Ahead

On-chain analytics provider, Glassnode, has detailed the current state of the Bitcoin network, which appears to be fundamentally strong, despite the lethargic price action.

Labeling it an “impressively quiet week,” the company confirmed that volatility is diminishing as BTC remained range-bound between roughly $34,900 and $32,500.

“It is starting to feel like the calm before the storm as muted and quiet activity appears across both spot, derivative, and on-chain metrics.”

At the time of writing, Bitcoin had dropped 4% on the day and fallen below $33K during the morning’s Asian trading session. It remains within that sideways channel, although the movements are getting smaller in amplitude.

“This indicates that what sell-side pressure is coming from offline miners, is more than offset by accumulation by the operational miners.”

There has also been an uptick in hash rate since it hit its lowest level since August 2019 on June 28, when it dipped to 68 EH/s, according to Bitinfocharts. The current hash rate has climbed 32% since those levels to 90 EH/s suggesting almost a third of hash power has come back online since the dip.

Glassnode stated that this could be because miners in China have successfully relocated hardware or previously obsolete hardware has been dusted off and found a new lease on life.

Another metric supporting the accumulation theory is exchange outflows which have been increasing over the past fortnight. When traders are preparing to sell, they move Bitcoin onto centralized exchanges to convert to fiat or stablecoins, which happened in April and May.

Glassnode noted that, on a 14-day moving average basis, the last two weeks, in particular, have seen a more positive return to exchange outflows, at a rate of around 2,000 BTC per day.

“Continuation of this as a structural trend may reinforce a thesis sell-side pressure is subsiding.”

Long periods of sideways price action usually result in a big move, but major selling appears to have already taken place according to the on-chain data.

Nick Szabo: Bitcoin Secures Itself And Doesn’t Ask For Permission

Bitcoin Mining Firm Bitfarms To Be Traded On Nasdaq