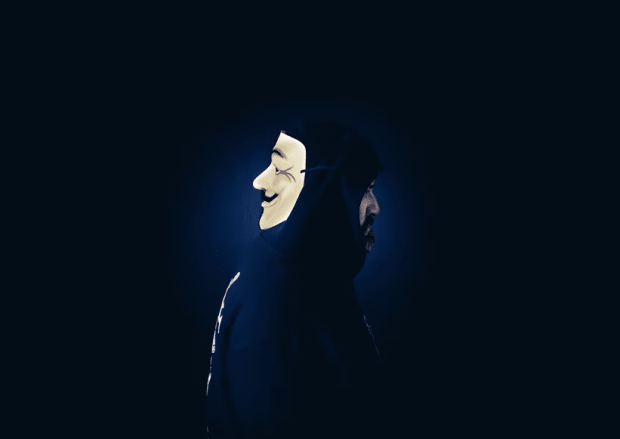 Free From Politics, Bitcoin Is A Platform For Independent Philanthropy

With the recent Russian invasion of Ukraine, multiple efforts have been made by various cryptocurrency and blockchain groups to provide aid to the Ukrainian people. From the Ukrainian DAO to anonymous donations made in bitcoin to a Ukrainian wallet address posted publicly on Twitter, the cryptocurrency community has once again shown that it is willing to combat political oppression and tyranny.

These events have encouraged me to revisit Bitcoin’s connection to politics, which is a somewhat controversial topic within broader Bitcoin circles. When it comes to Bitcoin’s connection to politics, there are two two prevailing opinions: The first is that Bitcoin is inherently apolitical and is ultimately nothing more than unbiased technology, while the second is that Satoshi did have at least a semblance of political motivation when they first created Bitcoin back in 2009.

While there are arguments to be made for both views — in its purest form, Bitcoin is a successful implementation of distributed ledger technology, while on the other hand, a large portion of Bitcoin’s early contributors were from the very politically motivated, like the cypherpunks group that fought for a freer internet through the use of cryptography — the reality is that, regardless of what Bitcoin’s original motivations were, it has now become a political force to be reckoned with.

Banks, governments and other financial institutions are now all acknowledging, and actively preparing for, a reality in which Bitcoin is the primary method for transacting value across the world.

Perhaps the greatest measure of the impact of Satoshi’s creation are the differences in how individuals suffering persecution and violence are given aid. Before Bitcoin, donors often had to pass through centralized portals created by financial institutions. Even if their transactions were entirely digital, they were ultimately controlled by a centralized mint or authority that had to approve all transactions.

Recipients also had to rely on a centralized party to actually receive the donations. This centralized party was often the bank that the sender interacted with, or a non-profit organization that handled distribution. Beyond a face-to-face interaction, there was often no way for the individuals to transact value to another without having to pass through a bank or other financial intermediary. This was especially a problem in situations of civil unrest, in which very lives were essentially dependent on these institutions to transmit the donations properly.

While evaluating the trustworthiness of banks and other for-profit financial institutions is beyond the scope of this article, the reliance on centralized authorities during times of crisis also presents other problems. Most notably, banks can be shut down, coerced and censored by governments and other parties possessing power. Companies can be defunded, or worse, regulated.

This is not an outdated concept. Just recently, multiple Canadian banks restricted the funds of protesters on the orders of the Canadian government. Donations sent to these protestors’ bank accounts were rendered useless, effectively reminding that no centralized financial institution is free from political influence.

Transacting through banks also brings up the question of anonymity. If required, information on transfers and donations can easily be revealed to other parties. This becomes a particular problem during times of political conflict for those living in authoritarian states or dictatorships. A citizen of Russia, for example, will not be able to donate to a Ukrainian non-profit without potentially endangering themselves and their family.

This is where Bitcoin comes in. Bitcoin, regardless of its initial motivations, is an apolitical and independent protocol. It cannot be censored, it cannot be shut down by any one party, and it cannot be threatened by a government. Bitcoin has allowed individuals around the world to support causes they believe in while maintaining confidence that their donations will actually reach those who need it the most.

As of this writing, more than 292 BTC has been donated to a public Bitcoin address posted by the Ukrainian government. Anyone around the world with at least 1 sat could donate pseudonymously, with minimized fear of their identity being exposed. While individuals within the Bitcoin community, and even those that are leading powerful mining pools, might have differing political beliefs and ideologies, Bitcoin itself is neutral, like a decentralized global payment system should be. Even if a particular entity (such as a government) wanted to harm the Bitcoin network by performing a 51% attack, the overall cost of doing so would be comparable to the very war that Russia and Ukraine are now involved in.

While other cryptocurrencies have also been used to help those in need during the Ukrainian crisis, Bitcoin remains in a unique position to continue being the core medium for digital asset donations.

Unlike many other cryptocurrencies, bitcoin has never been dependent on a centralized group of backers or funders. As discussed previously, Bitcoin was developed and maintained entirely by a group of contrarian developers who are largely fed up with the current political status quo. While concepts surrounding Bitcoin are taught at educational institutions around the world, Bitcoin itself has no dependencies on any government or privately-supported organizations.

In fact, Bitcoin itself does not even have a legal entity or leader that represents it. There is no one to bribe or target if one hopes to shut the Bitcoin protocol down. While shutting down one or more of the many organizations that drive Bitcoin’s economy would certainly impact its value, Bitcoin as a whole does not have a single point of weakness, or a single representative trusted for maintaining the protocol. Bitcoin is truly a movement, and while the overall beliefs and makeup of that community may have changed in its relatively short history, it still maintains the same fight that originally inspired the cypherpunk developers: the fight against corrupt centralized institutions that seem to care more for their own pockets than the individuals they serve.

This is a guest post by Archie Chaudhury. Opinions expressed are entirely their own and do not necessarily reflect those of BTC Inc or Bitcoin Magazine.

How Many Bitcoin U-Turns? Goldman Sachs Now Says Bitcoin Is Not a Viable Investment