7% of Spanish Are Crypto HODLers, Says…

Bitcoin in Search for a Direction, Will…

The Path Is Clear: Bitcoin And Freedom…

How To Spread Bitcoin Adoption To Everyone 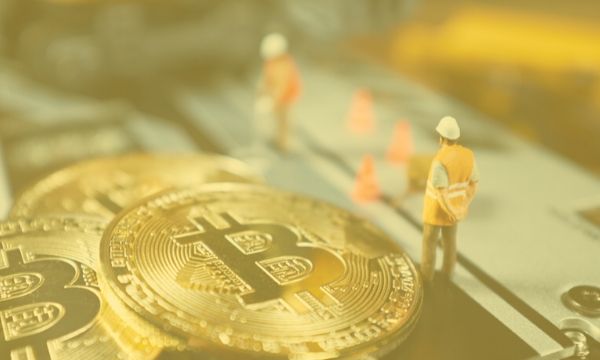 On June 21, Bitfarms, an Argentinean cryptocurrency mining company operating in Canada, announced an adjustment to its HODL strategy so as to improve the company’s liquidity.

According to a press release, the company sold a total of 3,000 Bitcoin (BTC) over the last week for approximately US$63 million to improve its corporate liquidity by nearly US$100 million.

• Pays down BTC-back credit facility to US$38 million

In this way, the company’s Bitcoin reserves were reduced from around 6,349 BTC to a total of 3,349 BTC, counting the daily production of what they carried during June. Through this sale, the company was left with much lower BTC reserves than it had at the beginning of the year, which was 4,300 BTC.

It’s Hard To Deal With a Volatile Market

According to the company’s data, Bitfarms can produce an average of 14 BTC per day, obtaining nearly 1,260 BTC quarterly. Therefore, they can afford to sell at a loss, given that the company bought 1,000 BTC for $43.2 million at the beginning of January. This same amount of Bitcoin could be purchased right now at less than half the price or near $20.6 million.

However, Bitfarms CFO Jeff Lucas said that due to the volatility of the cryptomarket, the company had to sell its holdings, among other factors, to decrease its debt owed to Galaxy Digital LLC (Galaxy) from $66 million to $38 million.

“Given the extremely volatile markets, we have continued to take steps to improve liquidity and to deleverage and strengthen our balance sheet. Specifically, we have sold 1,500 more Bitcoin and are no longer HODLing our entire daily BTC production.”

Bitfarms Had to Sell BTC at a Loss to Capitalize

Lucas indicated that although they remain bullish on Bitcoin’s long-term price, they must focus on the company’s top priorities of maintaining their position as a world-class mining operator while continuing to expand their business.

“We believe that selling a portion of our BTC holdings and daily production as a source of liquidity is the best and least expensive method in the current market environment.”

Bitfarms has 7 industrial-scale facilities in Quebec, Washington, and Paraguay, 99% powered by hydroelectric energy and secured by long-term energy contracts.

Therefore, despite the financial problems it is facing, like most large crypto companies that have had to cut down their staff and expenses, it should be noted that should the market conditions change, Bitfarms would single-handedly return to being one of the highest yielding mining companies, thanks to its daily production of new BTC.